What I Learned in "High" School

How to make money in cannabis...

This Tuesday was 4/20 — the bacchanalian holiday for stoners worldwide.

Legend has it that on an April day in 1971 in San Rafael, California, five teenagers got together with a marijuana grower’s “treasure map” in order to get high at their, ahem, high school. The Grateful Dead got a hold of the idea when one of those kids became a roadie, and the rest is history.

I (vaguely) remember celebrating the occasion growing up as a snot-nosed high-schooler with nothing better to do than take dirty bong hits in the dingy basements of my childhood friends. I did this too often for my own good, I’ll readily admit.

In all honesty, I used to get excited about it then: the joints were passed around as freely as Sacramental bread at Holy Communion. We simply didn’t have anything else to do.

I’ve come a long way since then, and managed to turn those salad days into an entire career. If you had told me in high school that I would make a mint in the weed business, I would have accused you of being stoned yourself. Or figured I’d be in jail for drug trafficking.

That was a long time ago. I've only been rewarded for my interest in cannabis. The only time I get high these days is for market research. I’m a firm believer in knowing your product before you invest in it. I’ve traveled the entire globe inspecting cannabis crops — from Canada to Colombia to Copenhagen. I was actually the first newsletter writer to visit Canopy Growth (NASDAQ: CGC), the most visible cannabis company in the world: 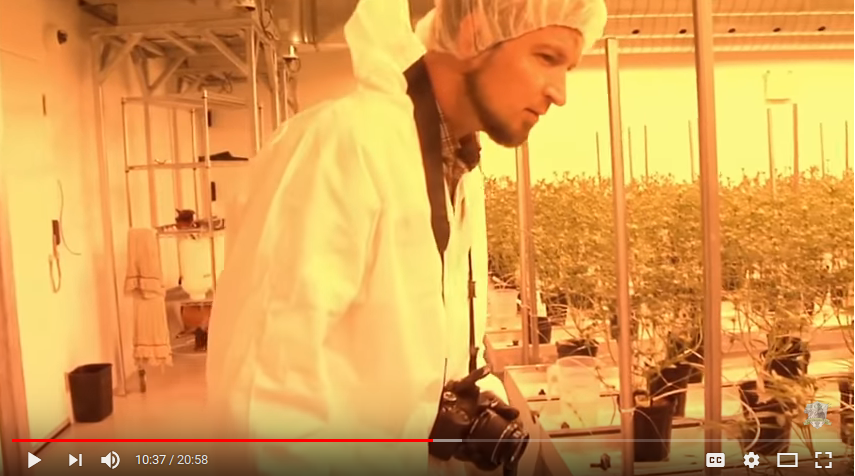 But despite the pot profits I've made in other countries, my travels have only brought me back to the biggest marijuana market in the world: the U.S. of A.

While dozens of states have legalized some form of cannabis over the past decade, I’ve always kept my eye on the crown jewel: New York.

After many fits and starts, the Empire State is finaly coming around. Gov. Andrew Cuomo has signed legislation to legalize adult-use, recreational cannabis in New York and create the country’s second-largest recreational marijuana market.

With the Marijuana Regulation and Taxation Act, NY S854 (21R)/NY A1248 (21R), clearing the Legislature, New York officially joins 16 other states that have passed full legalization. Now more than two-thirds of the Northeast's 56 million residents will have access to recreational cannabis.

It is indeed a historic moment for cannabis.

“The last time New York State did anything like this is when we were removing the prohibition from alcohol: that was in 1933. Here we are in 2021 — almost 100 years of prohibition on marijuana — and we’re removing it,” Assembly Majority Leader Crystal Peoples-Stokes said on the Assembly floor.

Join Outsider Club today for FREE. You'll learn how to take control of your finances, manage your own investments, and beat "the system" on your own terms. Become a member today, and get our latest free report: "Investing in Marijuana Stocks: Investing Without Getting Burned."

Here are the details...

After the ravages of COVID on New York, these taxes and jobs are desperately needed.

Investing-wise, this is great news. I've mentioned before that New York is the heavyweight of legalization on the East Coast, and this could have a serious domino effect in large states like Pennsylvania as well as my home state of Maryland. We've already seen Vermont, New Jersey, and Virginia pass legalization measures in the past few months.

But states are one thing. The feds are another...

Majority Leader Chuck Schumer has come out swinging for cannabis reform. He is now putting together new federal marijuana reform legislation with Sens. Cory Booker (D-New Jersey) and Ron Wyden (D-Oregon). He went as far to say that even if President Biden — a longtime opponent of legalization — isn't receptive of the legislation, they are going to push it anyway.

“I want to make my arguments to him, as many other advocates will,” Schumer said in an interview with Politico last week. “But at some point we're going to move forward, period."

Here are some other quotes from that interview:

Schumer responded, “I'll stick to what I said: soon.”

The sooner the better, I say. Legalization has become a much more bipartisan issue in recent years since the states have enjoyed success in bringing in tax revenue and creating jobs. The main hurdle to legitimizing the industry lies at the feet of the government. We'll see what happens when they start making the sausage, but the fact that it will get to the floor with a Democrat-led Congress is an encouraging step.

I'm planting my money in the United States of America. All 50 states will soon legalize cannabis — unleashing billions of dollars and creating over a million jobs. With a stroke of the pen, America could have a booming new industry. But until now there have only been a handful of U.S. companies I’ve had enough confidence in to recommend

It’s been a long, hard road to get here — and it’s finally time.

Prices are a steal right now, and as the wave of legalization starts, U.S. stocks are going to skyrocket.

I outline it for you in my 'Grown in the USA Boom' Stock Plan, which arms you with a three-step strategy to profit from the incredible rise in America’s cannabis production. I reveal my favorite American cannabis stock that is poised for massive gains once the legislation passes.

We've seen it hit New York and New Jersey. It is going to hit Pennsylvania next. The federal government will be the final shoe to drop.

Make sure to buy U.S. cannabis before the bills are signed. It's not a matter of “if.” It's a matter of “when.”

If you asked me what to invest in when I was stoned in high school, I would have shrugged you off. But if I could go back in time, I would have told myself, "you're on to something good, keep on trucking."