In the pantheon of metallic elements, the precious metals reign supreme. Gold, silver, platinum, and palladium — these metals get all of the glory.

But just like in every polytheistic myth you've ever heard, the lesser metals end up doing most of the work.

Iron, copper, aluminum, nickel, zinc, etc. — these base metals built the infrastructure upon which the modern world operates.

Deep in the family tree of vital base metals is one that is beginning to once again attract attention. The metal I'm talking about is vanadium.

Vanadium steel alloys are some of the strongest and most useful ever created. They've been used in everything from the Ford Model T to Lockheed Martin's SR-71 Blackbird.

A 1909 sales brochure for the brand-new Ford Model T proclaims...

The Model T is built entirely of the best materials obtainable. No car at $5,000 has higher grade, for none better can be bought. Heat-treated Ford Vanadium steel throughout; in axles, shafts, springs, gears — in fact a vanadium steel car — is one evidence of superiority.

Nobody disputes that Vanadium steel is the finest automobile steel obtainable... We defy any man to break a Ford Vanadium steel shaft or spring or axle with any test less than 50% more rigid than would be required to put any other steel in the junk pile... 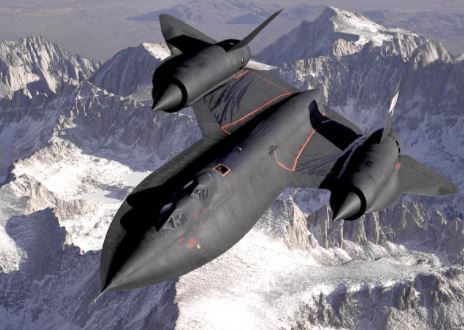 According to Wisconsin Metal Tech, the primary titanium alloy used in Lockheed Martin's SR-71 was 13% vanadium, 11% chromium, and 3% aluminum.

But steel alloys aren't the focus for the vanadium market right now. What's getting investors excited about vanadium is the metal's application as an energy metal for the future. Specifically, I’m talking about the commercial arrival and proliferation of the vanadium redox flow battery (VRFB).

So join Outsider Club today for FREE. You'll learn how to take control of your finances, manage your own investments, and beat "the system" on your own terms. Become a member today, and get our latest free report: "2021 Gold Price Outlook: Why Gold Will Keep Heading Higher."

Originally conceived by NASA during the energy crises of the 1970s, vanadium redox flow batteries mainly consist of two tanks of liquid adjacent to each other.

This liquid flows through the tanks and past a membrane, which generates a charge by moving electrons back and forth.

Due to their size and weight, these batteries are expected to be mainly used for grid storage.

The vanadium redox battery is much safer, can last longer, and can be recharged infinitely. That could be a game changer for grid energy storage.

VRFBs attracted some investor interest back in 2018 with speculative hopes for future development. That helped push vanadium prices to multiyear highs. But now VRFBs are actually being planned and built — at least in China.

Of particular note is Rongke Power's 200 MW/800 MWh facility in northwest China, which is on track to be completed this year. When it's finished, Rongke's facility will be the largest energy storage battery in the world.

Then there are Shanghai Electric's plans for a 100 MW/400 MWh VRFB project in Yancheng in east China's Jiangsu province.

Right now, China is the hub for vanadium redox battery development. But governments worldwide are committing billions of dollars to green energy projects, and electric grid facilities are popping up everywhere. And VRFBs are beginning to be included.

The role vanadium will play in the energy storage space remains to be seen. But optimism surrounding VRFBs is rising with new development. And it’s a space investors might want to keep an eye on.