The New EV Champion (It's Not Tesla)

*I shared this article with my Crow's Nest readers this week, but delayed flights, jet lag, and the ravages of Las Vegas left me bereft of the mental energy for a new Outsider Club editorial. Enjoy the free stock pick, my compliments.

I have just returned from a wild trip to the desert in Las Vegas.

While I was there, we snapped this picture on an ancient bed of a long-dried-out lake. It was almost like stepping foot on the surface of Mars. 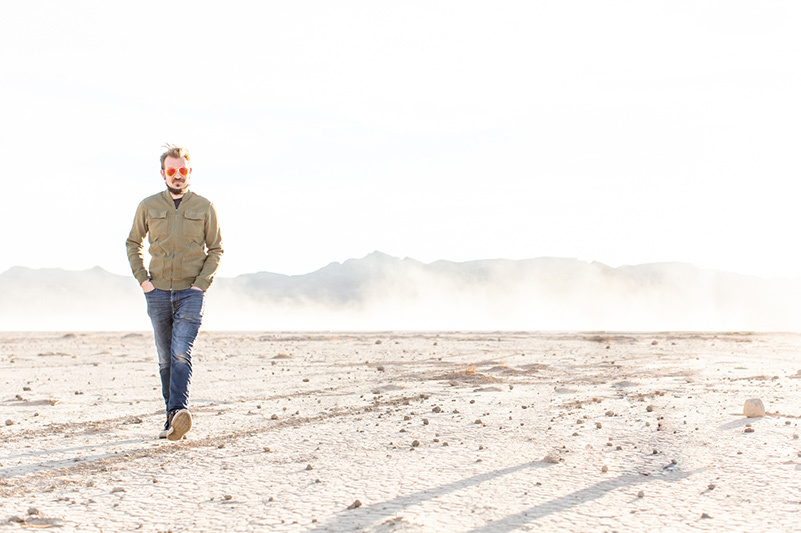 You could walk for miles in every direction and see no sign of civilization. All in all, it was very surreal...

The chariot I arrived in was the Lamborghini Huracán Spyder, topping out at over 200 miles an hour. After getting over some initial anxiety of driving a $300,000 race car through Las Vegas traffic, I got a handle on the beast and enjoyed smooth sailing through the desert roads on my way to the lake... 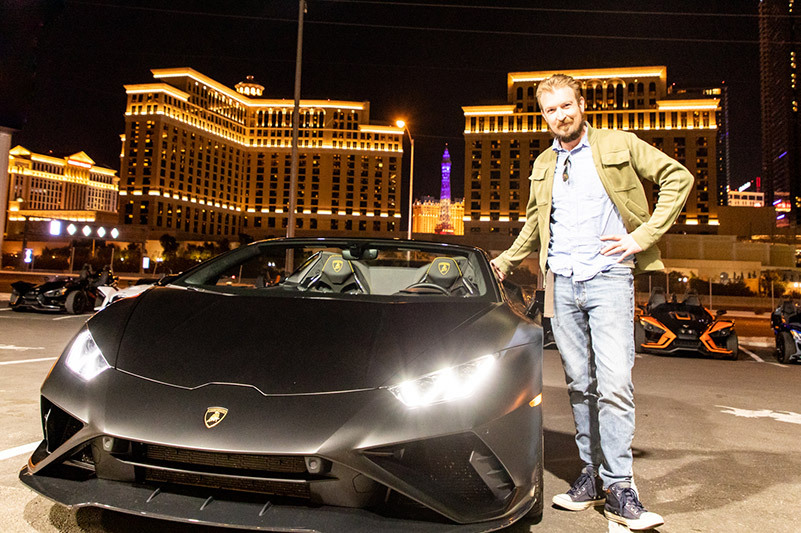 I drove it all the way from the Vegas Strip to the Red Rocks Canyon. It was one of those "bucket list" items that I didn't even know I had. Even the slightest push of the pedal sent the car soaring to insane speeds. Even in Vegas, people still craned their heads into unnatural positions just to get a look at it.

So join Outsider Club today for FREE. You'll learn how to take control of your finances, manage your own investments, and beat "the system" on your own terms. Become a member today, and get our latest free report: "Getting in on the Electric Vehicle Boom"

It was truly magnificent and a memory that will last forever. The company I rented the car from even tossed in a nighttime helicopter ride over the Vegas Strip.

But I digress. The reason I'm telling you all this is because I have a new auto recommendation for you that relates to the Lambo. You see, Lamborghini is made by Volkswagen, which also counts Audi, Porsche, Bentley, and Bugatti in its premium brands.

It has also recently overtaken Tesla to become the most dominant electric vehicle (EV) company in Europe, which is the largest EV market besides China. And it's only just begun...

Considering that electric vehicles are poised to make up the bulk of vehicle sales by 2040, domination in a key market like Europe could be worth billions to company like Volkswagen. And considering it's a legacy automotive company with deep resources and popular brands, I believe that it will take full advantage of this trend.

In fact, Swiss bank UBS has just released a report that claims VW will be the company battling Tesla for supremacy. They went as far as to call it the “best EV transition story in the global auto manufacturing space.”

VW has clearly taken some notes from Tesla's success. CEO Herbert Diess joined Twitter — where Elon Musk has broken some of Tesla's biggest news — and announced that on March 15, the company is holding "Power Day." As you may know, Tesla holds an annual "Battery Day" where it parades its newest technologies. Diess made it known that VW's event "is not a car presentation."

According to Reuters, the company is expected to unveil details of its battery and charging infrastructure strategy.

UBS analysts recently raised their target price for Volkswagen stock from €200 ($237) to €300 ($357). Shares are currently trading around €190. That prediction means that the stock has over 50% upside in the next year alone.

Volkswagen trades on the Frankfurt Stock Exchange, so depending on your broker, it may be difficult to purchase shares.

Thankfully, it is also listed on the pink sheets here in the U.S. (OTC: VWAGY). You'd be wise to pick up some shares to hold for at least the next year — if not for the next 20.

While 50% is a wonderful return in a year, it's nothing compared with the potential gains you could make from under-the-radar company that is cutting deeper into Tesla's bread and butter...

This company is going to revolutionize the auto industry. While you have to waste hours a week charging a Tesla, these vehicles can refueled in the same amount of time as a traditional internal combustion engine car, and it costs next to nothing to fill up the tank...

All without a single carbon emission.

I think Volkswagen is going to do quite well over the next few years. And we've already seen Tesla's stock price take off like a SpaceX rocket.

But this unknown company has the highest ceiling of all of them.