The Best 20 Bucks I Ever Lost

I had recently turned 21. And I was anxious to exercise the alcohol-consuming power of my new ID.

So when one of my roommates asked if I wanted to see a concert in Atlantic City, I was excited to go.

That was more than two decades ago. So I don't remember many of the details of that trip. I don't even remember the band we went to see. But there is one very thing I do very clearly remember from that trip: losing $20.

You see, I had been to bars and +21 shows many times before going to Atlantic City. I had a fake ID in college. So drinking wasn't really much of a novelty. What was brand new to me, however, were the casinos.

We arrived in Atlantic City several hours early. The plan was to eat and gamble a bit at the casinos before going to the concert — and hopefully try to get some free drinks.

I had never been to a casino before that trip. Nor had I ever really gambled. I was a total virgin here. Untouched. Innocent. Green as the felt covering the tables.

At the time, you could feed cash directly into slot machines. So that's what I did.

I put twenty dollars into a $0.25 slot machine, thinking I could sit there and play the machine for a while.

Because unless you've never played a slot machine before (like I hadn't before this), you know there are multiple paylines on a slot machine. Older three-wheel slot machines like the one I was using back then typically had up to five paylines.

According to JudgeCasino.com, modern video slot machines offer an average 20 to 25 paylines. Some even have over a thousand. Developed by Aristocrat Leisure (ASX: ALL) in 2008, the Buffalo Stampede slot machine features 1,024 paylines. 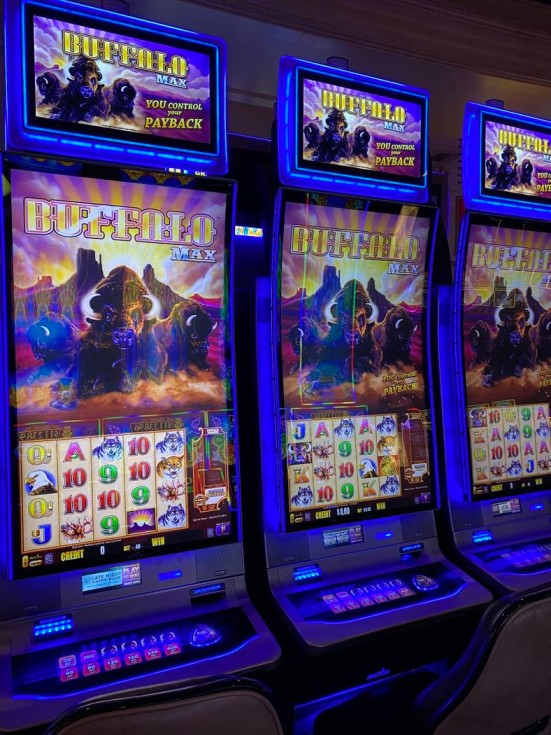 But most likely, I was playing a slot machine like this: 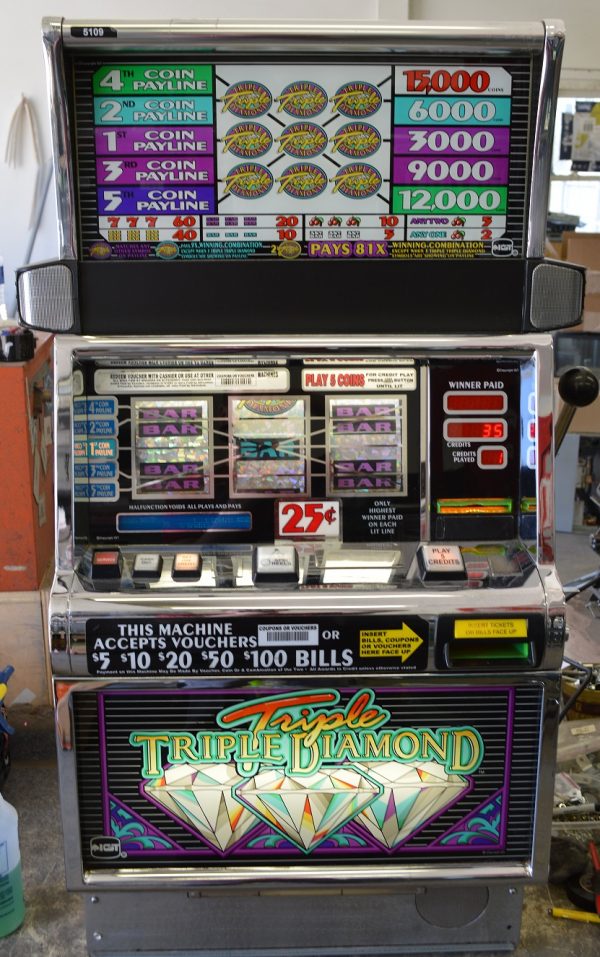 Either way, it didn't take long.

The 20 bucks that was just in my pocket was now locked inside of the machine, consumed in a fleeting brilliance of flashing lights and discord of sounds.

In less than five minutes, sitting in front of that slot machine had cost me $20.

And I got no enjoyment out of watching the wheels spin. In fact, I was just annoyed.

So I did some quick math in my head. And I decided right then and there, gambling on casino games was not for me.

In fact, the twenty bucks I fed the slot machine was probably the best $20 I ever lost.

As a result, I've mostly stayed out of casinos. And have probably saved a lot of money.

I have been to casinos a few times since then. But I always go reluctantly with friends or family.

Casino games are, no doubt, mathematically stacked against the player's odds of winning over the long term. So I figure it's more likely than not that losing that $20 and remaining sore about it saved me from losing thousands, maybe tens of thousands, of dollars in the long run.

Maybe it's best if everyone loses money the first time they gamble? I don't know.

But I think losing that $20 did more than just save me from losing more at the casino. I believe it also helped build the foundation of my investment values, which have proven successful.

Throughout my investment career, I have always leaned conservative. I like gold and silver as traditional forms of money. And I like other metals and mining as necessary components for modern life.

The 2017 action/comedy movie "The Hitman's Bodyguard" starring Ryan Reynolds and Samuel L. Jackson is… well, it's no "Citizen Kane." 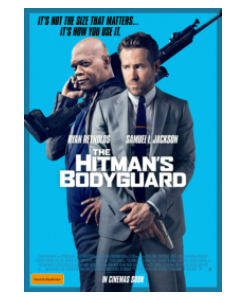 No one is going to remember this film 20 years from now. But there is one memorable line.

In the movie, Ryan Reynolds plays a high-profile bodyguard for elite individuals. He protects people for a living.

His motto for work: “Boring is always best.”

For a high-profile bodyguard — for anyone in security work really — boring really is always best.

And safety is success.

Consider investing in water. Water is pretty much the most boring asset class I can think of.

The ocean's full of it. It falls from the sky. I get hot or cold clean water immediately from multiple rooms in my house. Water is about as exciting as unpainted drywall.

But take a look at a long-term chart of any water ETF:

Or consider timber. It's as dull as, well, wood.

So join Outsider Club today for FREE. You'll learn how to take control of your finances, manage your own investments, and beat "the system" on your own terms. Become a member today, and get our latest free report: "World Economic Collapse: Grow Your Wealth in A Bear Market Epidemic"

But take a look at a long-term timber ETF:

Even stocks that others have called "boring" are some of the best investments over the long-term.

Public Storage (NYSE: PSA) — it keeps your stuff in a small garage…

Caterpillar (NYSE: CAT), a company as old as the dirt its equipment moves…

It's not gold or silver. Or any of the precious metals. Those are actually the more exciting minerals to invest in.

Nor is it even one of the more boring base metals like copper, nickel, zinc, or lead.

But what this mineral lacks in flash, it makes up for in being absolutely necessary for the survival of nearly half the world's population.

Put bluntly, without this "miracle mineral," the world doesn't eat.

You think grocery store shelves are bare now? Well, if this "miracle mineral" disappeared overnight, not only would store shelves be totally bare, but the shelves themselves would be completely destroyed — because societies would have collapsed worldwide and we'd be living in some sort of Mad Max scenario.

The world's largest producers of this "miracle mineral" are cutting exports.

China, the world's single-largest producer, banned exports in September. Russia cut exports in December. And there are more concerns about supplies elsewhere around the world

Right now there are more concerns than ever about food shortages. And because the world needs this "miracle mineral" in order to eat, it's not going to remain boring much longer.

To learn more about this "miracle mineral" — and the tiny Canadian company most leveraged to gain as supplies run short — simply click here to watch a brief video.