One Million in One Day

Lessons From a Living Legend

Have you ever talked with someone really important, and they made you feel really small?

Well, I recently had the most ridiculously exaggerated version of that encounter that you could imagine. Not only was the man I met with a millionaire businessman, a global icon, and a fixture on television... 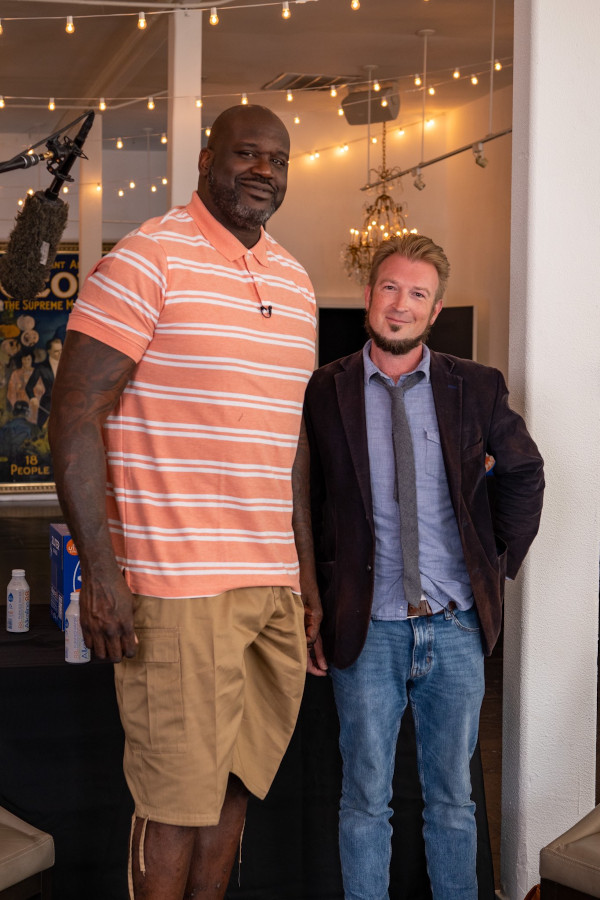 That’s right, I just spent an afternoon with Shaquille O’Neal: Hall of Famer and three-time NBA champion. But as much as I would have loved to grill him about his almost two-decade NBA career, I was there to talk about his business acumen.

After exchanging the most lopsided handshake I ever hope to receive, Shaq and I sat down for an engaging interview. It was amazing how much he has learned about business, investing, and financial literacy since he was drafted first by the Orlando Magic in 1992.

Shaq started with about as little information about money as you could when he signed his first huge endorsement deal for a million dollars. He told me that he spent it all in one single day...

That’s when his agent poured the cold water on him.

“Shaq, you spent all of your money already!” the agent crowed.

Mr. O’Neal shook his head and mentioned that he still had hundreds of thousands left. No, his agent said. Have you heard of taxes?

Shaq likened it to when he had bought a Bronco truck for $1,500 in college, and the salesman asked what insurance he would be using.

“What’s insurance?” he told me.

It turns out that Shaq didn’t realize that he had to pay taxes, pay his agent, or even get insurance. A turning point came when he started to call insurance companies for that college car. After a few phone calls he realized that some of them were offering him policies that would cost up to $300 a month. He knew that he couldn’t afford that — and certainly the people he grew up with couldn’t pay that.

You’ve seen the General Insurance commercials, I’m sure. They were always pretty low-budget and more than a little cheesy. You may have wondered why somebody like Shaq would appear in them. Now you’ve found your answer...

The same goes for Shaq’s endorsement of Frosted Flakes. He told me that Wheaties had approached him on numerous occasions but — much to his agent’s chagrin — he always turned him down. When he won his first NBA championship with the Lakers, the “Breakfast of Champions” tried once more to put him on the cover.

It was refreshing to hear such a successful and wealthy man have such a moral compass when it comes to his investments. I asked him what the main key is to a successful business relationship and he told me, “I look for one thing: if I believe in your company.”

“I’ve never lied to the people. I use Icy Hot, I eat Frosted Flakes, I still have General’s Insurance. I’m more for the common man than I am for the rich man. Even though I have a rich man's wallet, I’m for the people.”

The reason I was speaking to Shaq was that he has just joined up as brand ambassador for a small company I cover in my Adventure Capitalist newsletter. Once he begins his marketing campaign, this unknown company will become a household name. You can watch my entire Shaq video interview and find out which company he’s going to be the face of by signing up for my free Adventure Capitalist launch video.

I even give you three free stocks during the event.