From a Fool to a Billionaire

How fortune favors the bold...

I just returned from our annual Angel Investment Summit. It was held at the beautiful Chesapeake Bay Resort and Marina on Maryland's Eastern Shore.

Here's a shot of the docks taken from our company drone: 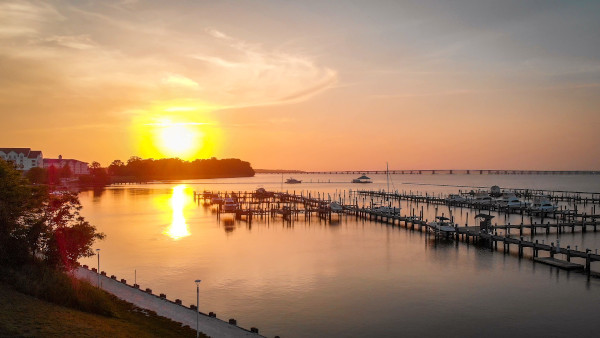 Much like the sunset on the calm waters of the bay, the vibrant reflections that took place over the three days we spent there could not have been clearer or more serene.

You see, the event was the very first Angel Publishing “brain trust” meeting we've had together since the start of COVID. The summit also was the first time I had seen many of my colleagues in person since the pandemic began. Hell, it was the first time I'd even met some of the staff we've hired over the past year. But much like catching up with an old friend, we all picked up right where we left off: by taking a deep dive into future investing trends in order to prepare our beloved readers for any situation that might surface next.

But it's myopic to only look forward. As the old saying goes, “He who forgets the past is condemned to repeat it.” I would add that those who study the past are the ones best positioned to profit from the lessons learned.

It was only fitting that the theme of the weekend was “Past is Prologue: Undeniable similarities between 1920–1921 and today.”

Our entire editorial staff gathered in a wood-paneled conference room to discuss what we each had learned from the year-long pandemic and how it reflected similar patterns over the last century. That meant examining Dow charts from each period. It meant comparing the stock boom after the end of the Spanish Flu to the upcoming bull market following the end of the COVID pandemic. It meant opining about the loose money lending and ease of credit 100 years ago versus the Fed's unprecedented actions of today.

The Angel brain trust dissected technological breakthroughs like the automobile, airplane, and radio and juxtaposed them with the electric cars, 5G networks, and internet of things investments we research in the 21st century.

When the doors opened back up and we strolled confidently into the sunlight, our minds were filled with new perspectives, clear goals, and a rising sense of optimism as we breathed in the salty, sweet air of the bay.

Today I'm beginning a three-part series on the summit, starting with the first discussion we had: the complete transformation of the automobile...

My colleague Jeff Siegel began the meeting by recalling a story of one of the first investors in Ford Motor Company. When pitching the idea of a “horseless carriage” to a fellow investor, he was practically laughed out of the room.

“You fool! Nobody wants that! You'll never get people to get rid of their horse and buggies!” he chortled from under his top hat, feet up on his mahogany desk with a massive cigar in his hand.

This was actually a common response to Ford's “crazy” idea for what we now just call a car. We all know how that story ended, but here's a quick history of how it began...

On June 16, 1903 Henry Ford gathered around a table with 12 prospective stockholders to put pen to paper and create the Ford Motor Company. It was an afternoon that would completely transform humanity itself. Ford then sequestered himself in an 870-square-foot office at 461 Piquette St. in Detroit. He only allowed a couple of his most trustworthy employees into this “secret experimental room” and the door was padlocked after they entered. 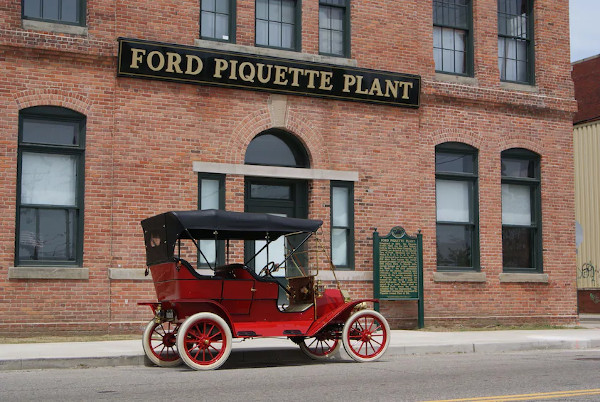 Five years later, the Model T was introduced to a skeptical public. To say it was a success would be the understatement of the century. The Model T sold over 15 million vehicles over its 20-year production run. But more importantly, it completely changed the entire culture and broadened the horizons and possibilities for millions of Americans.

For the first time people weren't stuck in a few-miles-wide bubble. They were able to easily visit nearby cities, transport their goods and services, and tour the country that was completely foreign to them.

It gave them total freedom to explore life's possibilities.

The Model T also made Henry Ford one of the richest men in history. And those first 12 stockholders that took a chance on the horseless carriage? Their bold prediction turned them into multimillionaires in the blink of an eye...

Fast-forward to the late 21st century and we've seen the same exact situation play out with the electric vehicle market. When Elon Musk started Tesla in 2008, he was met with the same criticism as Henry Ford.

“You wild-eyed fool! You'll never be able to make an affordable electric car!” the financiers wailed from behind their own mahogany desks, now festooned with Bloomberg terminals.

There was even a website that kept a “Tesla Death Watch.”

But as Mark Twain once quipped, “The reports of my death are greatly exaggerated.”

My friend Jeff Siegel — the one that brought up the Model T discussion which spawned this article — was telling readers to invest in Tesla's IPO in 2010 when it issued 13 million shares at $17.00 a pop. He too was pummeled with criticism that the company was nothing but a pipe dream. But if you had bought the IPO as Jeff recommended, you would have been able to cash out this year with a 22,817% gain. With even the most modest of stakes, that's easily enough to retire on.

Despite the treatment Elon Musk received for his revolutionary ideas, even the Technoking himself isn't immune from mocking the technology that will eventually become as commonplace and profitable as the Model T or the Tesla Model 3. The next revolution in transportation will come in the form of hydrogen fuel cells. They have the potential to solve some of the biggest problems in energy. Hydrogen is the most abundant resource in the universe and it has the potential to be the cleanest.

Hydrogen fuel cells are much like lithium-ion batteries since they both produce electricity without combustion or emissions. I've test-driven a fuel cell car personally, and I can attest that there are no pollutants emitted from the tailpipe — just water.

After taking a joyride down the California coast in a Toyota Mirai fuel cell car, I actually grabbed a cup and sipped the water straight from the tailpipe! 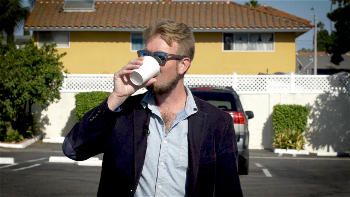 Another crucial advantage for fuel cell vehicles is that they can charge in the time it takes to fill a regular gas tank — while Tesla's batteries take hours and hours to recharge.

That is perhaps why Musk has called fuel cells “fool cells,” “mind-bogglingly stupid,” and “simply not possible.”

When I hear criticism and laughter about what is and isn't possible, it sounds eerily familiar to the other major technological revolutions throughout history. But this time I'll be the one laughing — all the way to the bank.

Stay tuned next week for Part Two of the Angel Summit series.