It doesn't matter if you've done everything in your power to prepare and save for it, or slipped for a few years and are scrambling for a plan to make ends meet...

The day will come for you to retire, whether you're ready or not.

You may think that, at this point, everything that can be done to boost your retirement income and fund your golden years has been done.

That's not true. On top of the steps you've taken to build yourself a cushion for when your working days are a thing of the past, you have to keep the grubby hands of the taxman off of your wealth until the day you die.

For those folks who have saved enough to retire and have a plan in place, you have a great head start.

However, many haven't reached that stage and they are forced to retire before they do...

Regardless of any tough breaks and rough times or disciplined saving and good salaries the soon-to-retiree has enjoyed, the government will begin siphoning your hard-earned savings or benefits as soon as you've officially retired.

There isn't much we can do about federal taxes outside of moving out of the country. Where you choose to retire still makes a world of difference.

In fact, choosing the right place in the United States to retire can extend your funds for years, or add desperately needed income to your Social Security benefits.

When it comes to choosing the best states for retirement, there are plenty of good options.

We'd like to look at six factors we feel narrow down the best low-tax states for life after retirement...

First up are the taxes state and local governments levy on retirement income.

Most states tax pensions and retirement plan income to some extent. However, they often make a portion of the income exempt from income taxes.

Some states exclude all federal, military, and in-state government pensions from taxation. Other states go even further by making all forms of retirement income exempt, including IRAs and 401(k) plans.

Sales taxes will affect a large portion of your fixed income in retirement in some states. Unfortunately, they are incredibly tough to pin down because many states allow cities and local governments to tag additional sales taxes onto the state's rate.

And to make things even more convoluted, some states make food, clothing, medicine, or other necessities exempt. Others do not.

Obviously, a lower rate and exemptions for necessities can make a world of difference if you're not pulling in much more than what you receive from Social Security checks.

Property taxes are a huge factor that can vary within a state as well.

If you're on a fixed income, lower property taxes can greatly reduce your overall tax burden, especially if you are coming from states in the Northeast that heavily tax landowners.

Finally, we have the estate or inheritance taxes that states levy in addition to federal taxes. Not many people will pass with more than the $5.12 million threshold for federal taxes, but many states set much lower thresholds.

The last thing you'll want is for state and federal governments to double-dip on what you pass on to your kids or grandkids. Since so many states do not have their own inheritance or estate taxes, none of the states mentioned below will have one.

With these factors in mind, here are the top five states for retirement... 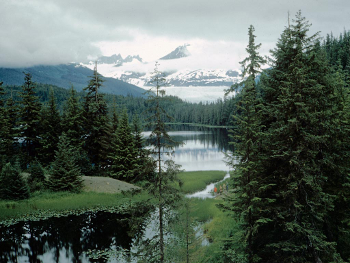 While this may not be the best choice for you if you want to stay close to family or can't stand the cold, you really can't beat the tax perks in The Last Frontier — and that should be your ultimate goal...

There is no state income tax at all in Alaska.

Even better, there is no state sales tax, although some areas do levy their own, averaging less than 2%.

Real estate and home prices can be a bit high, but homeowners 65 and older are exempt from municipal taxes on the first $150,000 of the assessed value of their home. 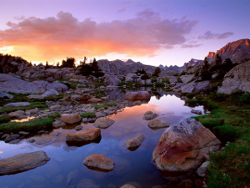 With the flood of cash coming in from oil and mineral companies, Wyoming doesn't have to hit its residents hard to balance the books.

Just like Alaska and other states in this list, there is no income tax. Your Social Security benefits, retirement plan distributions, pension income, and anything else will not be touched.

The state does have a 4% sales tax, and some areas tack on another 2%; however, prescription drugs and groceries are exempt. 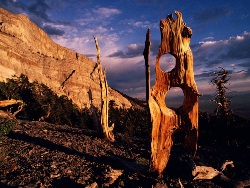 With all the tourists losing their shirts in casinos, Nevada is another state that has little need to shift the tax burden on its citizens...

There is no income tax in Nevada, so Social Security, pensions, IRA distributions, and even income from a part-time job won't be taxed.

Sales taxes can present a bit of an issue. The state sales tax rate is 6.85% and it goes over 8% in some areas. However, food, medicine, gasoline, electricity, and water are exempt.

According to the Tax Foundation, Nevada has the second-lowest combined state and local tax burden in the nation. 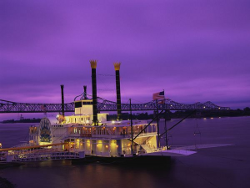 If southern living is appealing to you, look to Mississippi when you retire.

There is a 3% to 5% income tax in The Magnolia State, but you won't have to worry about that...

Social Security benefits, pensions, annuities, IRAs, and 401(k) distributions are all exempt. Non-retirement income is taxed at a maximum 5%.

Property taxes are below the national average as well. Single-family homes are taxed at just 10% of assessed value, averaging about $1,070 per $100,000 of a home's market value.

And for residents 65 and older, the first $75,000 of property value is exempt from taxes.

One thing to take note of is sales taxes are all over the place in Mississippi: Food is taxed unless it is grown in state and sold at farmers' markets. Electricity, gas, and water are not taxed. State taxes are refunded on gasoline for non-highway use. Generally, retail sales will be taxed at 7%. 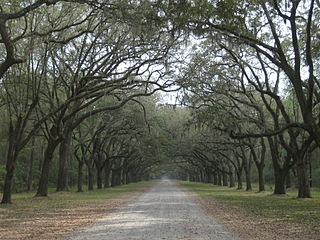 Move to Georgia and you'll receive massive exemptions on interest, dividends, capital gains, net income from rental property, pensions, annuities, and up to $4,000 of earned income.

Georgia residents who are 65 and older can exclude up to $65,000 of retirement income, or $130,000 per couple, from state income taxes. Non-retirement income is taxed at a rate as high as 6%.

The statewide sales tax is 4%, but local jurisdictions can add up to 4% of their own taxes. Food and prescription drugs are exempt. Pick the right area and it won't create much of a burden.

Property tax rates are close to the national average, but higher than what you'd find in neighboring states. The effective average tax rate is 0.80%.

To cover some more territory closer to the Northeast, where many Americans will flee high tax rates when they retire, here are a couple states to consider...

Delaware has no real estate taxes, modest income taxes, and no sales taxes. Social Security benefits are exempt from income taxes. Residents 60 and older can exclude $12,500 per person of qualified pension benefits and investment income, including dividends, interest, and capital gains. There is an estate tax, though.

Pennsylvania is another decent choice, considering all forms of retirement income are exempt from state income tax. The sales tax rate starts at 6% and reaches 8% in places. At least food, clothing, and medicine are exempt. If you move to Pennsylvania, you will likely pay hefty property taxes and face an inheritance tax.

When it comes to taxes, the devil is always in the details. That much won't change when you retire.

Hopefully, you'll consider some of these states or start thinking about how you can better position yourself for retirement by reducing your tax burden after you leave the workforce.

The harsh reality is you're already losing tons of money through taxes as you read this... A worker with average wages pays hundreds of thousands of dollars over 40 years in federal taxes alone.

It's never too early to start weighing your options for avoiding future taxation during retirement when and where possible.