Inflation in the U.S. and around the rest of the world is soaring. Yet the price of gold is mostly flat.

The annual inflation rate in the U.S. grew to 6.8% in November — that was the highest recorded level since June 1982.

According to convention, the price of gold should be soaring.

But the yellow metal will likely end the year in the red.

Meanwhile, most economists agree inflation will only continue increasing in 2022 — and that the omicron COVID variant will continue to disrupt labor and supply chains next year, suggesting sluggish economic growth.

So why isn't gold moving much higher?

Well, the truth is, gold has been moving much higher — just maybe not as fast as most people would like.

If we take a look at a longer-term gold chart we see gold prices were moving steadily higher for two years before pulling back and leveling off in 2021.

In 2021 the price of gold was held back for many reasons. But the main reason was strength in the U.S. dollar.

The U.S. dollar had a good 2021. As measured by the USD Index, the greenback has increased by more than 6% for the year — and currently sits at 52-week highs.

So despite the yellow metal's cold performance this year, there's nothing wrong with gold at all.

In fact, all the conditions still exist that could drive gold prices to the stratosphere in 2022. But for now there's just one ingredient missing: hype. 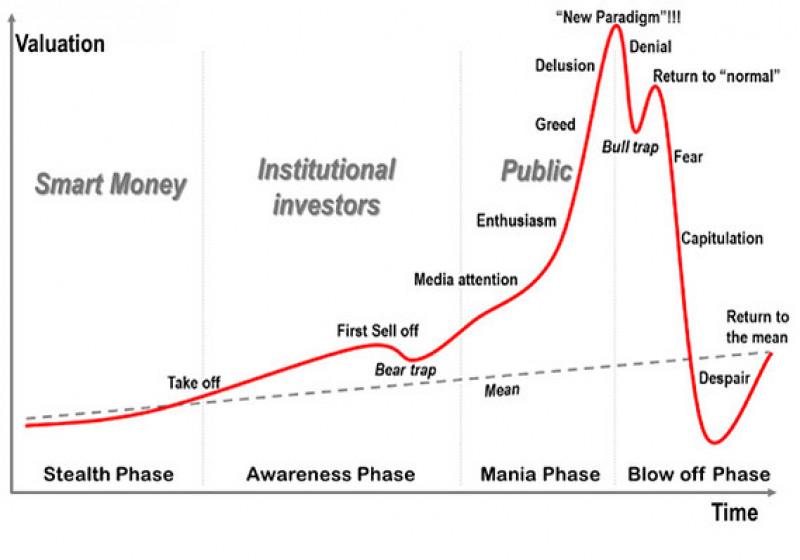 Bitcoin failed as a currency. In 2015 it was estimated over 100,000 businesses accepted Bitcoin as payment. Today that number is closer to 15,000.

Bitcoin failed as a safe asset. Safe assets are stable. Bitcoin is the essence of anti-stability.

Bitcoin failed to be either anonymous or secure. Spending Bitcoin is one thing, but buying it requires proof of identity. And 80% of all cybertheft in the past decade — worth some $2 billion — has involved Bitcoin. Plain old-fashioned cash is both more anonymous and more secure than Bitcoin.

Yet despite all of these fundamental failures, one Bitcoin is the price of an entry-level BMW.

Point is, even an asset like Bitcoin can absolutely soar given the right conditions and hype.

And I think the hype around gold will grow in 2022. Truth is gold prices have been flirting with a major breakout for a while. Going back to pre-COVID times, the price of gold has been steadily on the rise since 2015. 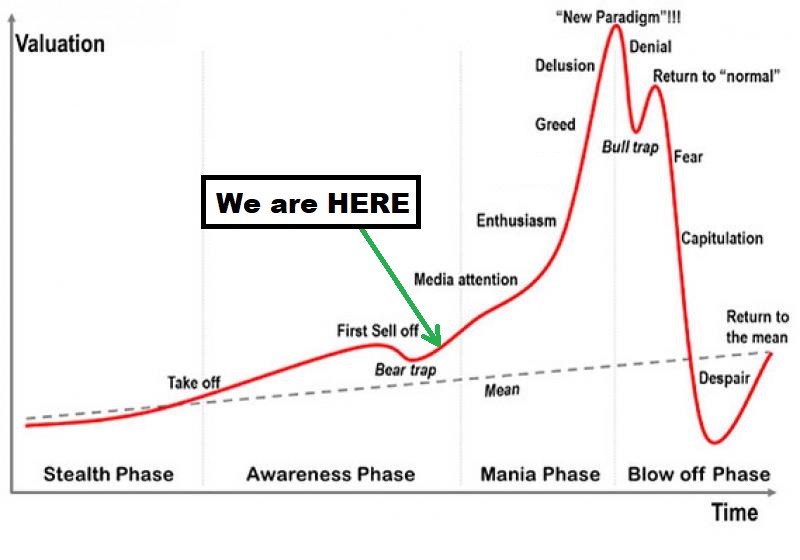 So gold bugs need not fret. Nothing is wrong with gold.