Special Report: Investing in Marijuana Stocks: Investing Without Getting Burned

Buying marijuana stocks can be extremely lucrative. In the 5 years I’ve been investing in the pot stock market, I’ve had more triple-baggers than the rest of my investing career combined.

But if you don’t know what you’re doing, it’s easy to get burned. I’ve seen dozens of stocks go down in flames. These were typically pump-and -dump schemes that never had a chance at a legitimate business, but the stock had marijuana somewhere in the name and went through the roof – despite having any operations or experience to speak of.

When I started in the sector, I saw a lot of marijuana companies that evolved out of shell corporations that basically had no experience in the industry. One I point to sometimes was called Integrated Parking Solutions, and then overnight they became Integrated Cannabis Solutions, and the stock went up like crazy.

It soon crashed and is now worth exactly nothing.

That is to say, you need to be careful.

This is going to be a fluctuating market. What often happens is that there'll be good or bad news out one day and all of the marijuana stocks go crazy for a week or two. It happened when Canada introduced legalization.

It happened when California went legal in January.

Almost all of my stocks went up 50% just based on the teeming hordes finally throwing money at it.

But bad news does the same thing. When Attorney General Jeff Sessions said that he was going to crack down on legal marijuana, the stocks dropped considerably.

When the market tanked last week, pot stocks went with it.

Essentially, if you follow marijuana stocks you better have a good constitution, because it has been up and it's been down. It's been a wild ride, but we’ve always come out way on top.

There are hundreds of marijuana stocks to choose from, but only a select few that I would feel comfortable holding over the long term.

Here are some quick words of wisdom based on my experience in the sector.

As more and more areas open themselves up to both medical and recreational marijuana, there are more and more companies flooding the market with “flower” – the smokable part of the marijuana plant.

That is going to drive down prices and create very difficult margins for smaller producers.

Here’s what I look for...size and scope.

Canopy was the first billion-dollar cannabis company and has a massive production facility, name recognition and global outreach that could make them the biggest cannabis company in the world for years to come.

Aphria Inc. are positioning themselves as a low- cost producer with international reach.

They use greenhouses to keep energy costs down.

They currently have a licensed capacity of 9,000 kg per year. With their expansion projects underway, Aphria is expected to reach 1 million square feet and 100,000 kg annual production capacity by early 2019.

Aurora Cannabis is currently constructing an 800,000 square foot production facility, known as “Aurora Sky”, at the Edmonton International Airport. It will be capable of producing in excess of 100,000 kg of cannabis per year. It’s also the world’s only cannabis facility located on the property of an international airport which gives it access to international customs, as well as air and ground domestic and international courier services.

Companies like this are the ones that will control the production market. For producers, it’s go big or go home...

Some companies are well positioned because of the unique products they offer. While I wouldn’t recommend smaller growers that are bound to be wiped out, I do recommend companies with strong branding, a patented product, or a strong advantage in the area they are operating.

Canopy is a great example…

Canopy Growth also wins in the branding game. They have Tweed – one of the first legal marijuana brands to really make a name for itself. They’ve even teamed up with rapper and cannabis connoisseur Snoop Dogg to help give the brand some celebrity cache. 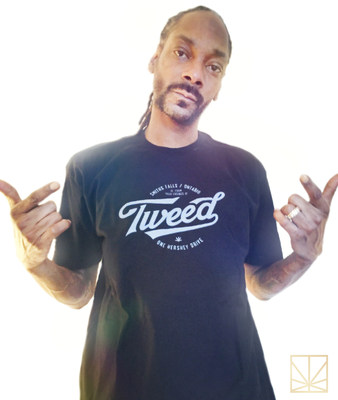 Marijuana will be a lot like selling booze: of course you could buy Smirnoff for $15 a bottle, but many opt to buy Grey Goose for over twice the cost. It comes down to branding and the quality of the product - not to mention the celebrity endorsements that drive most products.

Go with companies that have robust branding and a high-grade product.

It is very difficult to raise capital in an industry like marijuana.

It sounds crazy at this point, considering that legal marijuana could become a $11 billion market within a few years — and is estimated to reach $22 billion by 2020.

But the truth is, big banks still won’t touch it. If you are trying to grow a business you won’t have the luxury of Bank of America or Goldman Sachs throwing money at you.

If you want to expand your operations — like breaking ground on a new processing facility — it takes a lot of money. Unless a company has an owner with very deep pockets, or a valuable Rolodex of investor friends to call, it can be very, very difficult to come up with capital.

You need major capital and there are several companies that help provide it.

CannaRoyalty Corp. invests in the cannabis space in the U.S. and Canada. They have holdings in every space of the market via royalty agreements, equity interests, secured convertible debt, and licensing agreements.

iAnthus Capital Holdings, Inc. engages in the delivery of solutions for financing, developing, and managing state-licensed cannabis cultivators and dispensaries in the United States. The company is headquartered in New York, New York.

Many states have strict limitations on how many licenses are awarded for marijuana growers, producers and dispensaries.

Future Farm Technologies (CSE: FFT) (OTCQB: FFRMF), for instance, operates in Florida where there are only 11 licenses.

That currently represents approximately 14% of the U.S. medical cannabis market.

Here are the stats:

This is the first thing you should look at when evaluating a new marijuana company. I’ve seen some marijuana companies that had teams made up entirely of ex-mining executives, capital market guys and lawyers.

I would seriously consider investing in companies with people key management positions that have experience in the field.

The same goes for the quality of the material: who is responsible for producing the product?

If it’s a medical marijuana company, is there an expert that has handled CBD medications, conducted clinical trials or worked with marijuana at all?

Take a good look at the company’s website and make sure they have a solid track record.

How often does the company put out news? Are they regularly putting out press releases to keep investors abreast of their progress?

Are they on the road promoting the stock through conferences and interviews?

Do they have a decent looking website with complete information?

Does their Investor Relations manager get back to you when you ask a question (this is an important thing to do. If they do not have an IR liaison that you can speak with or e-mail, I treat that as a red flag. They should WANT to talk about their company as much as possible.)

These are all signs of a good company.

If you follow these simple rules, you're way ahead of the game when it comes time to pick pot stocks. Outsider Club will keep you informed about the marijuana market each and every week, so welcome aboard.